National Geographic is a widely respected magazine with a large readership, and it is generally perceived to be a good source of information. An article that calls this perception into doubt can be found on its website, titled ‘5 African Foods You Thought Were American’.

According to this article:

[H]ow often do we consider, when selecting the ripest melon for our summer fruit salad, or ordering a café latte with breakfast, that these things originated and flourished on a completely different continent? Even more important, how often do we consider that it was an enslaved population that brought them here?

The claim that slaves ‘brought’ plants and food to America is popular and widely repeated. As Tim Carman notes in a piece for the Washington Post:

And those West Africans, the literature so often notes, brought their food with them — except they didn’t, as food writer John Thorne so eloquently points out in his now-classic essay on hoppin’ John in the “Serious Pig” collection (North Point Press, 1996): “The only thing Africans brought with them was their memories. If they were fortunate enough to have been taken along with other members of their own community and to stay with them (which rarely happened) — there was also the possibility of reestablishing out of these memories some truncated resemblance of former rituals and customs.”

Likewise, Stephanie Butler points out in article for the History Channel website that ‘[n]ewly abducted Africans were lucky to have clothes on their backs, and they certainly weren’t encouraged or even allowed to bring sacks of planting grain along with them’.

So much, then, for the claim of American food and drink that ‘an enslaved population brought them here’.

The National Geographic article includes coffee as a beverage supposedly originating with the enslaved population, which is frankly bizarre.

It is generally agreed that coffee first arrived on American soil in 1607 when Captain John Smith, founder of the Colony of Virginia, introduced it to other settlers of Jamestown. Smith, an English explorer, had first encountered the drink he called ‘coffa’ while in Turkey, and referred to it as ‘their best drink’.

The history of the drinking of coffee is somewhat murky (there are various legends attached to it), although its origins are generally held to be in Ethiopia. The drink became very popular in the Middle East:

By the 16th century, coffee was the beverage of choice in Persia, Egypt, Syria and Turkey, its reputation as the ‘wine of Araby’ boosted no end by the thousands of pilgrims visiting the holy city of Mecca each year from all over the Muslim world. Yemeni merchants took coffee home from Ethiopia and began to grow it for themselves. It was prized by Sufis in Yemen who used the drink to aid concentration and as a spiritual intoxicant. They also used it to keep themselves alert during their nighttime devotions.

From there, coffee drinking spread through the Balkans and Italy and into the rest of Europe.

The National Geographic article cites UCLA professor of Geography Judith Carney, author of In the Shadow of Slavery: Africa’s Botanical Legacy in the Atlantic World. Carney makes the following claims:

How to take a coffee bean, know when and how roast it, and turn it into a delicious beverage involved a deep cultural knowledge system of growing and brewing varieties from the Ethiopian highlands where it originated. When Europeans reached East Africa, Yemen, Saudi Arabia, and the Emirates in the 16th century, they encountered coffee houses and culture around the drink. But given the racial prejudice against Africans honed during the transatlantic slave trade—and the fact that coffee had become so central to Muslim culture—Europeans attributed the art of making the drink and the profusion of coffee houses to Muslim societies.

The reference to European ‘racial prejudice against Africans’ as being a reason why coffee’s origins were seen as lying in the Muslim nations seems dubious at best. Europeans encountered coffee drinking during their travels in Muslim countries, so it is entirely natural that they would have associated the drink with the places in which they were introduced to it. In all likelihood, they would have had no idea of its origins in Ethiopia. Why would they? Captain Smith undoubtedly identified coffee as a Turkish drink because he drank it in Turkey, not because he was conspiring to hide its origins in Africa. And when it comes to Carney’s certainty that it was Ethiopians who first discovered ‘[h]ow to take a coffee bean, know when and how roast it, and turn it into a delicious beverage’, this is somewhat fanciful. As Giorgio Milos notes:

The first person known to write about coffee was a Persian physician and philosopher named Rhazes or Razi (850 to 922 AD), who characterized it as a medicine. He described a beverage called bunchum, prepared with an infusion of a fruit called bunn—the Ethiopian name for a coffee cherry. Other early writings establish Yemen, on the southern part of Arabian Peninsula, just across the Red Sea from Ethiopia, as home to the first coffee plantations starting in the early 15th century. Coffee plants were brought over from Ethiopia, Yemen lacking its own indigenous coffee. There, Sufi monks prepared an infusion of coffee cherry leaves to stay awake and pray through the night. The first real roasting and grinding activities likely happened here.

So, contra National Geographic, coffee drinking in America has absolutely nothing to do with slaves ‘bringing’ coffee to its shores, and everything to do with a European settler who had ‘discovered’ the drink in Turkey. The drink may indeed originate in Africa – although this is far from definitively established, even though the bean it is made from certainly does – but it is not thanks to Africans – enslaved or otherwise – that it became a popular drink in the United States. For that, we can thank the Boston Tea Party in 1773, which led to a shift from tea to coffee drinking, assisted by the cultivation of coffee plants by the Dutch.

(As for the reference to café latte in the National Geographic article, this drink only became widely popular in the US in the early 1990s, and is obviously of Italian origin.)

This site uses Akismet to reduce spam. Learn how your comment data is processed. 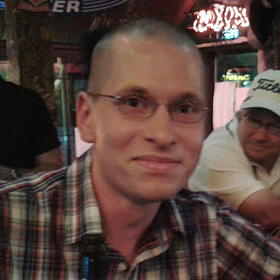